An Unusual Lesson About Consistency from Golf 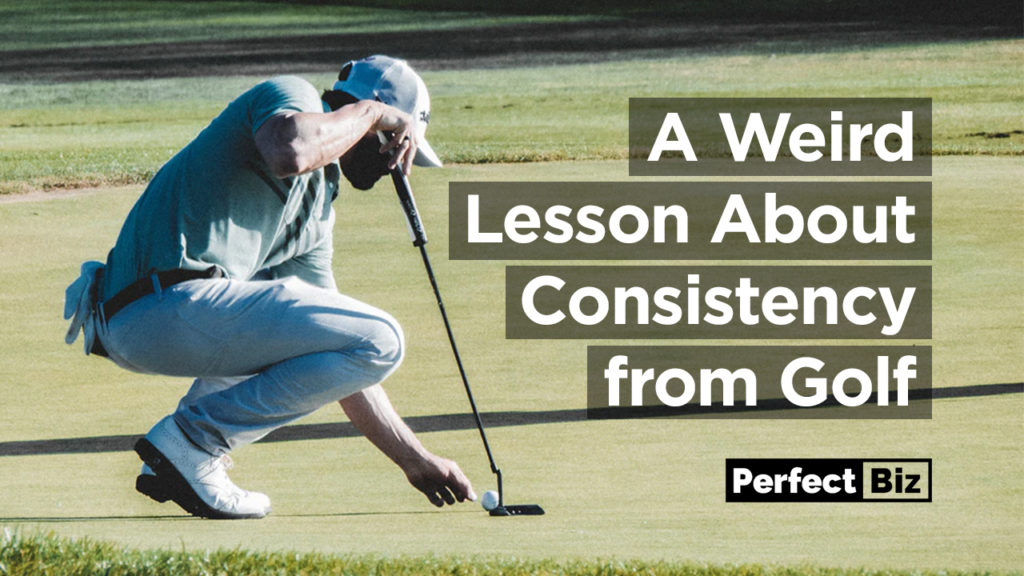 The other day my friend and I were driving in the beautiful mountains of North Carolina as we made our way to go rock climbing.

And something interesting came up.

Back to the drive.

Here I was staring out the window at the autumn leaves changing with the sun glistening off them like a shimmering disco ball.

And my buddy brings up Seo-hyeon.

It was a girl he dated years ago and maybe it was the private country club we drove by but something triggered this story from him.

I’ll save the full story and give you the broad strokes + the unusual business lesson.

So after dating for some time they had played many many rounds of golf together.

And my buddy being the typical testosterone filled man he was looking for that long drive off the tee.

The home run to speak.

This is pretty normal, right?

A lot of folks want to hit the long ball as they say.

She could never hit the ball very far.

Yet she often dominated him.

And for good reason.

While he was trying to ‘crush it’ the ball would get sliced, it’d get lost in the woods or he’d hook it out of bounds.

And here was little Seo-hyeon barely 100 pounds knocking the ball onto the fairway or green shot after shot.

While she didn’t hit the ball crazy far she was so incredibly consistent that she was way ahead of the game.

This brings me to the unusual lesson.

So often I see folks try and ‘crush it’ off the tee in business.

They try and smash the ball sometimes even closing their eyes as they whip the club around.

But there is a HUGE problem with that.

Just like in golf when you try to smash it you often slice the ball, hook it, top it or just outright miss it.

In business success is not really about trying to smash it or hit a homerun.

From what I’ve experienced…

It’s all about consistency.

Consistency is key to your success.

Tattoo it on your brain so to speak.

And more importantly implement it.

This is why I love the PB Code.

I’ve just been consistently doing it year after year and will be doing so for decades to come.

Without having to worry about paid traffic, employees, overhead, marketing, email, or any of the normal IM stuff.

Yet I can generate huge profits in less than 30 minutes a day a few days a
week.

About the author: Hey, I’m Ryan. I believe in building real long-term businesses online and I’m the proud creator of Perfect Business Code (PB Code). I got my start online back in the early 2000’s and I’ve seen our community grow and evolve over nearly decades. I’m excited to share my philosophies, principles, strategy and even some tactics on creating a thriving and long lasting online business.